I have a little thing I do to keep myself in check. When I find myself judging other women for choices they make in their lives, I try walking a mile in their shoes to better understand their motivations.

Once upon a time I used to think that women who entered beauty pageants were vain, shallow and conceited. I realised I was making a sweeping generalisation. So I entered one. 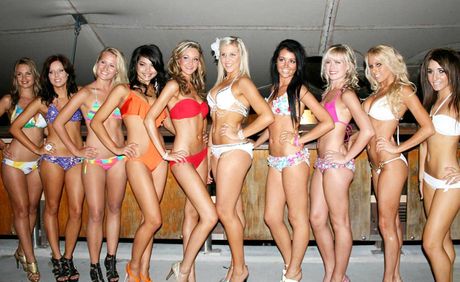 What happened was I ended up gaining a bunch of confidence, had lots of fun, and made some great new friends.  The other women were in this competition for fun, prizes, to help launch a modelling career or simply because they were dared to by their friends. It was an experience I’ll never forget, and taught me a valuable lesson about judging people by my own pre-conceived notions of why they do what they do.

In 2013 I took my first selfie. I know that seems a little late to the party, considering it was also the year selfie was added to the dictionary, but I didn’t want people to think of me the way I thought about other people that took constant photos of themselves. Yes, there I was judging others again. Seeing daily updates of people’s faces in a scungy bathroom mirror had me questioning why they do this. Is it for attention? Validation? Are they hooked on how many “likes” they get? Does that give them the confidence boost they need to get them through the day? Or do they simply believe they are shit-hot and want to world to know it?

In 2014, I am about to find out. Rather than spamming my usual social networks with my mug in various states of attractiveness, I have started an instagram account called “@raevstheselfie” where I will upload one selfie a day, for an entire year, accompanied by the greatest number of hashtags possible. I am hoping by the time 2015 rolls around I will learn a few things – about others, but mostly about myself.